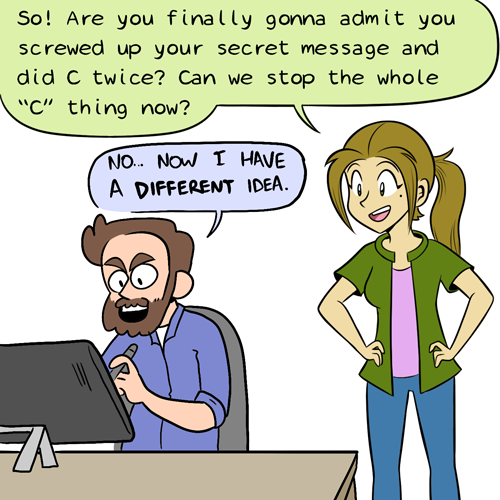 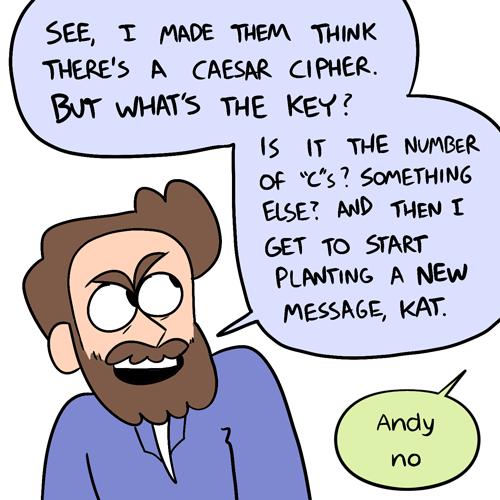 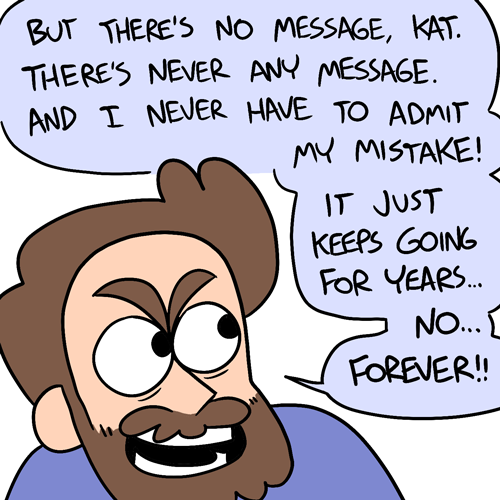 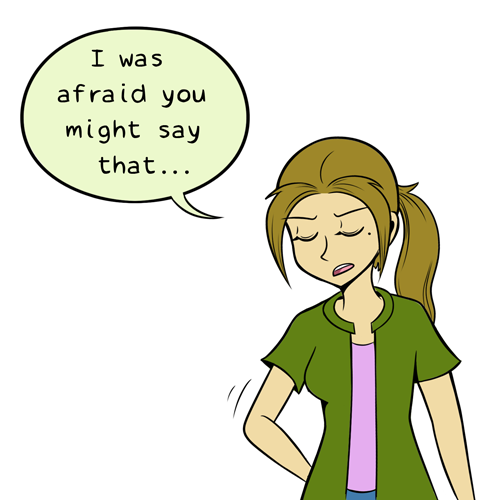 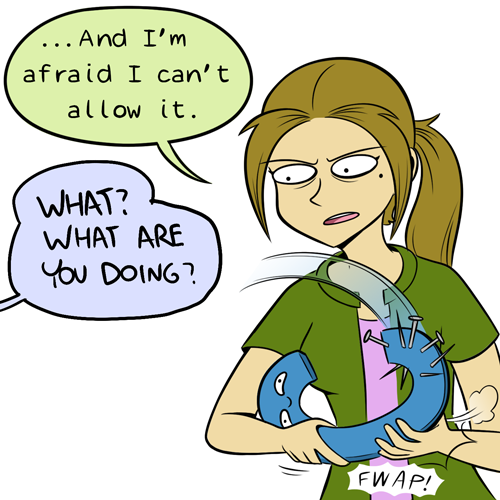 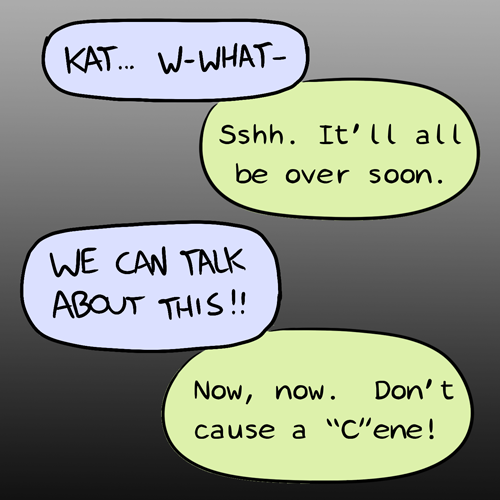 So anyone who doesn't read the comments on Webtoon is probably very confused about all the C's in the past few comics. Basically, Andy was doing his spelling-out-a-secret-message-by-highlighting-a-single-blue-letter-in-each-comic thing, but he accidentally used C twice. So from then on, it was just C's all the way down. There was no escape from them. Until now.

(It all started with this comic of his, if you're interested.)

Anyway, it's over now. We're free.